Hi everyone, first off I want to start by saying sorry that I didn't get a chance to post on Friday, between work and getting ready to photograph a wedding I completely forgot to do a post!  Also I want to let all of you guys know that Kelsey and I will be posting from Monday - Friday starting next week!  To keep up with our latest posts and videos be sure to check out our twitter (you can follow us here). 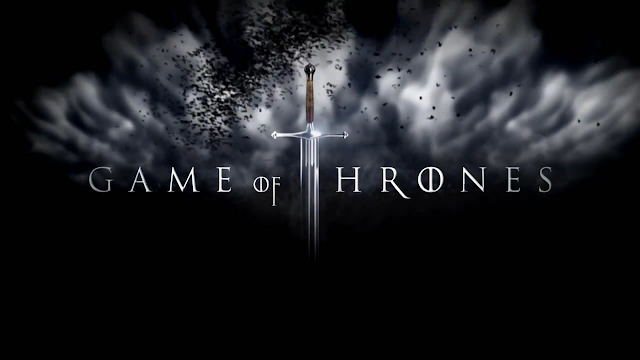 Now onto today's post :).  Today I'm going to talk about my book obsession, The Game of Thrones written by George R. R. Martin.  About April I was introduced to this series and I have to say I'm absolutely in love!  I'm currently finishing up the second book (I've been working a tone so I haven't had as much time to read as I'd like) and I can't wait to read the other 3 books.  I personally picked up the books in paper back from $10 from Chapters.  I chose the smaller paper back option simply because I do have smaller hands so I find they are easier to hold.  A strange detail I know, but it does make a huge different when I'm reading.


Mini Plot Overview : Basically the books take place in a land where there are Seven Kingdoms different kingdoms.  They were once independently ruled, however now they are ruled under one King.  The books go over the struggle for both the upper class (the Kings) and the lower class (the Watch) while they fight to rule their own regions against their enemies both near and far.  Their wars against kingdoms are not their only battle, they must also fight to survive the upcoming winter which lasts decades. Every chapter is told from the view of a different main character in the novels.  It's interesting to watch the story unfold from several points of view, as you are let in on secrets that some of the characters aren't aware of yet.

If you enjoy reading novels set in the past, and novels which incorporate mystery and magic, then you're sure to enjoy reading this captivating series.  I personally recommend it anyone, and it's one of my favourite book series to read.  I know that a lot of people are also enjoying watching the HBO series. I personally haven't watched the series, but I have heard nothing but praise for it.  Have any of you read or watched this series ?  If so do you like it as much as I do?
-xx Sally
Posted by L.B.D. Girls at 8/05/2012 08:15:00 PM

L.B.D. Girls
Hey There! We are Kelsey and Sally a graphic designer and photographer, interested in life, beauty and design.